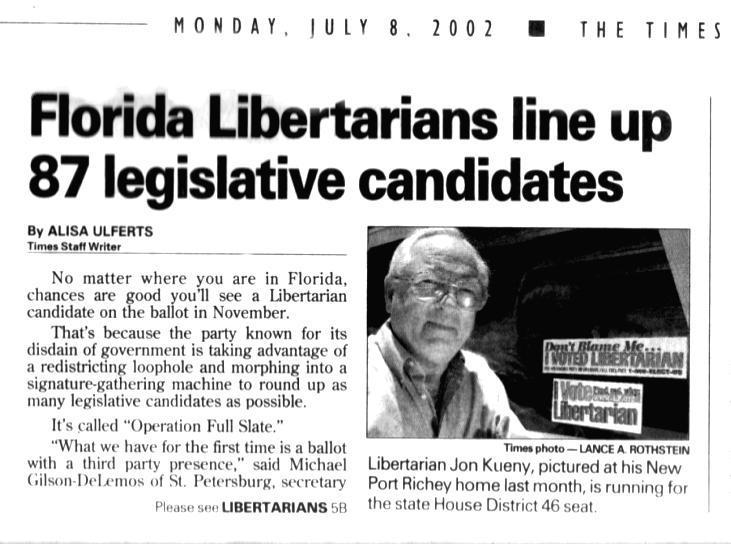 Because those 445 voters can live anywhere in Florida -- not just in the district where the candidates are running -- the party is rounding up about 500 volunteers to sign petitions for candidates in as many House districts as possible.

Reply Annellnox
12:33 PM on September 1, 2010
Hello. Very interesting site and you lead a very interesting discussion. There is a nice atmosphere here and I'm sure I will often read your posts.
From time to time I will also try to write something interesting.